The Narration of Qalun on the authority of Nafi’ al-Madani:

It is the Narration used by the people of Libya, Tunisia and some areas in Mauritania. It was completely typeset via the normal keyboard, with no need to include any symbols that are incompatible with the Unicode standard system. Also a digitally authenticated MSWord document was attached, which contains the entire text of the Glorious Qur'an according to the Uthmanic Script corresponding to al-Madinah al-Nabawiyyah Musḥaf of the mentioned Narration.

A typical sample of the Narration of Qalun on the authority of Nafi’ al-Madani: 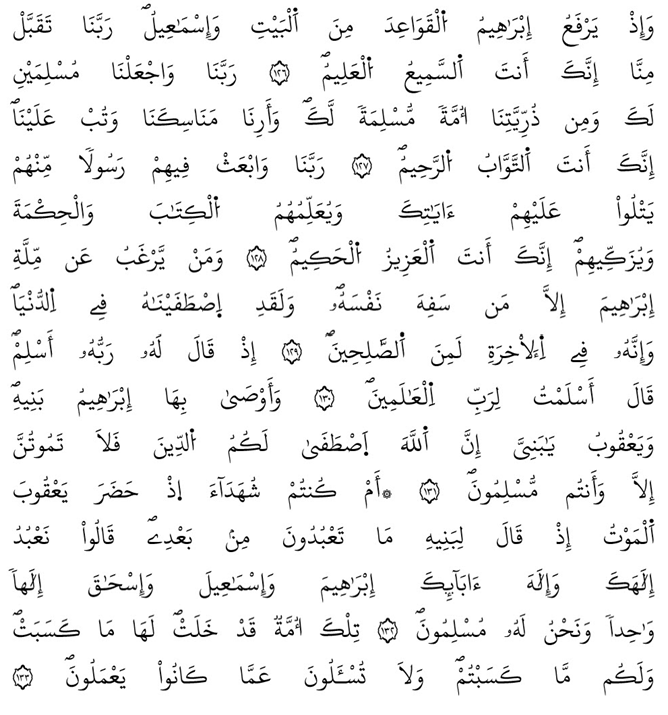