On the authority of Abu Amr al-Basri, used by the people of Sudan and East Africa. It was completely typeset via the normal keyboard, with no need to include any symbols that are incompatible with the Unicode standard system. Also, a digitally authenticated MSWord document was attached, which contains the entire text of the Glorious Qur’an according to the Uthmanic Script corresponding to al-Madinah al-Nabawiyyah Musḥaf of the mentioned Narration.

A typical sample of the Narration of al-Dauri on the authority of Abu Amr al-Basri: 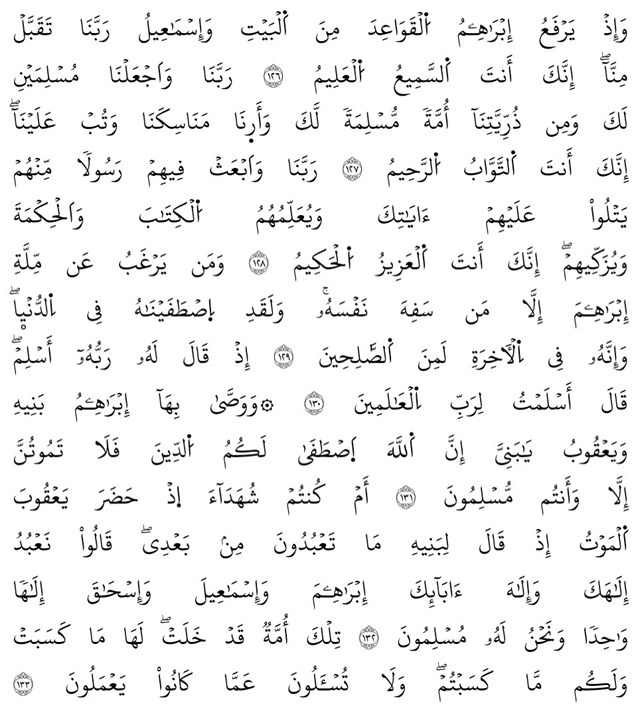 Usage Rights:
(The Duri Font) is one of the publications of King Fahd Glorious Qur’an Printing Complex in Madinah. It is the Complex’s gift to the Arabic language speakers all over the world. It is available for copying, distribution and usage free of charge in the personal, commercial and all individual fields, as well as, government bodies, entities and civil organizations’ works. It is also available for desktop and media publishing works and Internet sites and etc., inside and outside the the Kingdom of Saudi Arabia, provided that the aforementioned font is not attributed to a party other than the one owning its rights.
The aforementioned computer font is also registered in the name of the Complex with the International Registration and Numbering Department, King Fahd National Library: L.D. No.: 7273/1430 - ISBN.: 5-10-8010-603-978The Complex reserves the full right to own the aforementioned font, and to reproduce its letters and components. No other individual or party has the right to reprogram or modify its structures or any part of its components in any way and for any purpose, or sell it for a fee, whatever the reason.